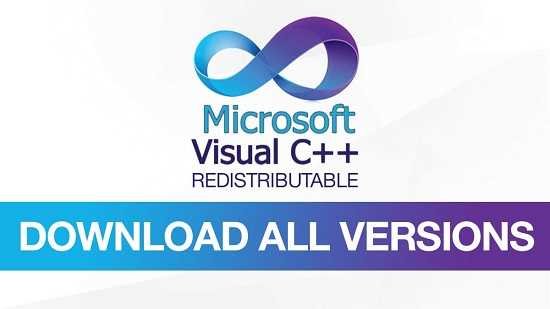 The bulk of games and programs require Microsoft Visual C ++ installed – without this package, applications simply will not start. In this case, users will see numerous errors, one way or another related to MSVC, the most common of which is runtime library error .

Usually, when installing applications, the Microsoft Visual C++ redistributable package is installed automatically, but some errors that occur during the installation process are not ruled out. In most cases, this is due to the use of counterfeit software or virus attacks.

Varieties of packages
There are several versions of the product, including those for different architectures. Like most applications, Microsoft Visual C++ is released for 32/64bit systems, and it is recommended to use a fully compatible package to avoid possible errors during operation. On x64 OS, both 32-bit (x86) and 64-bit (x64) versions can be installed, and in most cases, both packages are required to run games on such systems.

You can download Microsoft Visual C for free for Windows XP, 7,  8, 10, 11 and fix the errors yourself. The software environment does not take up much space on the hard disk, and installing several versions into one OS is practiced quite often. This is explained by the fact that old games and programs can work correctly only under the old version of the product, while new ones, on the contrary, require updated libraries.